An analysis of the industry sectors of over 200 companies participating in the future-proofing next gen ATM project shows that the largest group is made up of banks and credit unions, who contribute 29% of the companies who have joined the Consortium for Next Gen ATMs.

The next biggest sector is that of service providers at 24%, followed by software developers at 13%, hardware manufacturers at 11%, IADs at 7%, Processors at 7%, Networks and switches at 6% and associations and regulators at 3%. The analysis, carried out by leading consultant Leland Englebardt, shows that it is deployers who are driving the project to future-proof ATMs. IADs and financial institutions together make up 36% of the participation. This seems the right balance for a project of this kind. After all, it is the deployers and owners of ATMs who drive usage of ATMs and interface directly with end-users.

The number of participating companies has more than doubled during 2018, as we started the year with fewer than one hundred.

We can look back on 2018 as a game-changer for the industry. It was the year in which our industry launched its global blueprint for a new API App model for ATMs, a blueprint which represents an unprecedented level of consensus across all sectors of the industry. How many industries can say they have a roadmap for the future? It’s adapt or die time in the world as the digital society and the digital economy have arrived. Those who do not adapt to the changing technologies of commerce, business and social behaviour risk being left behind permanently.  Fortunately, the ATM is now well-positioned to adapt to the digital age, not just surviving, but positively thriving, in the new, transformed reality.

From time to time, I am contacted by investors wanting to know more about the future of the global ATM industry in the digital age. I am able to refer them to the next gen portal with pride, explaining that the new API App model for ATMs will enable our industry to make the most of over 3.2 million prime locations by linking the ATM to the consumer’s mobile phone – the most important consumer technology in the world.

The Next Gen project will balance global interoperability and competitive differentiation to create a new wave of innovation and, eventually, mass production of next gen ATMs. We are currently researching how deployers, who make up over a third of the participating companies, as we have seen, can prepare their ATM infrastructure to get ready for next gen ATMs. We are moving steadily along the roadmap for new standards and specifications to implement the global blueprint for the future which was signed off and then launched at our European conference in Madrid this October.

It’s an exciting and challenging time of change in the ATM industry. Take a great break in the festive season and then fasten your seatbelts in January when the new year begins because you will begin to see the industry transform itself as it takes its place as major part of the future digital society. Are you ready for the ride of your professional life in 2019 and beyond? About Mike Lee, ATMIA CEO – Mike Lee joined ATMIA in 2000 and was tasked with setting up ATMIA Europe. In June 2003 he founded the Global ATM Security Alliance. He has also established chapters in Australia, South Africa and Asia. In 2004, he won ATMIA’s member-voted award for Best Contribution to Promoting the Interests of the ATM Industry.He was promoted to CEO in 2005. Mike has a Master of Arts degree from the University of Cape Town, as well as post-graduate qualifications in education and theology. Mike is a qualified futurist with an MPhil degree in Futures Studies (cum laude) from the University of Stellenbosch business school in Cape Town. He is married with two teenage daughters. 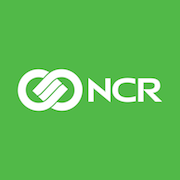