Bank ranked 71 worldwide in The Banker’s league table of top brands, up from ranking 75 in 2017

Dubai, 13 February, 2018: Emirates NBD, a leading bank in the region, today announced its position as the UAE’s most valuable banking brand with a USD 3.534 billon brand valuation in The Banker’s annual brand valuation league table. The Bank also secured a spot among the top 100 global banking brands, coming in seventy-first worldwide up from seventy-fifth in 2017. 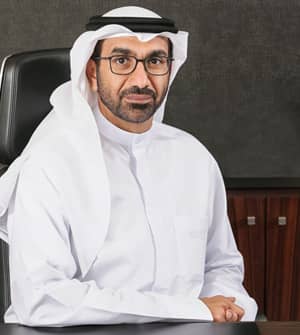 Emirates NBD has moved up four places from its 2017 spot in The Brand Finance Banking 500, a prestigious ranking of the world’s 500 biggest banks, conducted by leading brand valuation consultancy, Brand Finance, and published in the February edition of The Banker. The Bank has been ranked second among all banks in the Middle East and Africa region, and was also recently named The Banker’s ‘Bank of the Year – UAE’ for the third consecutive year.

“We are honoured yet again to hold on to our position as the UAE’s most valuable banking brand by a renowned institution such as The Banker,”saidHesham Abdulla Al Qassim, Vice Chairman and Managing Director, Emirates NBD. “In the past year, Emirates NBD has launched campaigns that speak directly to customers, helping us forge meaningful, engaging relationships with them. In 2018, we will continue to lead initiatives to simplify banking, incorporating our high tech + high touch approach, to deliver a modern technology-driven banking experience with the human touch.

Expanding on the Bank’s values and commitment to the UAE, Al Qassim added that Emirates NBD will continue to engage with the community with inclusive campaigns, programmes and initiatives which celebrate the nation’s unity and progress and pay tribute to the UAE’s founding father, Sheikh Zayed bin Sultan Al Nahyan.

In addition to its brand engagement, Emirates NBD delivered a solid set of results at the year end of 2017 with net profit up 15% from 2016 to AED 8.35 billion, driven by loan growth and the positive impact of rate rises, combined with strengthened balance sheet with further improvements in capital and liquidity and stable credit quality.

The recognition from The Banker comes in a series of accolades for the Bank for its performance last year; Emirates NBD was declared the Most Innovative Financial Services Organization of the Year at the BAI Global Innovation Awards held recently in Atlanta, USA. The Bank’s private banking arm won two major international awards for its outstanding performance and enhanced banking proposition in 2017: ‘Best Private Wealth Bank in the UAE’ at The Asian Banker Private Wealth Awards 2017, Middle East and Africa and the ‘Outstanding Global Private Bank – Middle East’ award for the third consecutive year at the 2017 Private Banker International (PBI) Global Wealth Awards. PBI also commended the bank for their Outstanding NRI / Global Indians Offering for the second year in a row. The bank also recently won for ‘Achievement in Market Risk Management’ in the Middle East and Africa at The Asian Banker Middle East & Africa Transaction Banking and Risk Awards Ceremony 2017.