A majority (78%) of US workers live paycheck to paycheck, according to a 2017 CareerBuilder Survey. One in four workers do not contribute to savings most months. Higher salaries do not end money issues, either. Of workers making $100,000+, nine percent (9%) are living paycheck to paycheck. The percentage only rises as income decreases – with twenty-eight percent (28%) of those making $50,000-99,999 and fifty-one percent (51%) of those making under $50,000 also counting on the next payday.

The reason? Most US adults are not financially literate. 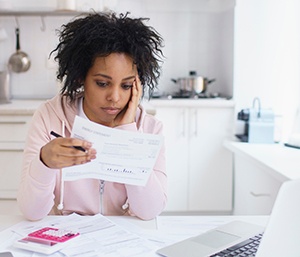 While many acknowledge the desire for an emergency fund and a comfortable retirement, many are in debt with little understanding of how to dig out. While a strict budget system to manage bills and expenses could help workers plan better, a 2016 study from US Bank reported less than half (41%) of US adults use a budget.

Clearly the issue is not a lack of desire for financial freedom but a lack of understanding in regard to realizing that goal. A recent survey from Raddon Research Insights, a research and consulting firm, found that forty-four percent (44%) of respondents consider themselves financially literate. However, upon completing a fifteen-question quiz, the majority of participants failed – with only six percent (6%) scoring ninety percent or better.

The same survey also saw a positive response to educational efforts regarding money management, retirement, and investments. In fact, fifty-five percent (55%) of millennials, forty-seven percent (47%) of major bank customers, and thirty-eight percent (38%) of total respondents said a financial literacy program would be valuable. But how would you promote it?

Certainly, you would consider email, direct mail, website banners, posters, mobile app notifications, or even statement stuffers. But, hold the phone, what about the ATM? Here are five reasons you should make sure your ATMs help boost your financial literacy program.

Financial literacy is important but promoting your financial literacy program doesn’t have to be. Expand your traditional marketing channels to include the ATM to help your cardholders associate responsible financial decisions with your brand.

Rebecca Hellmann has been researching and writing in the payments technology industry for over six years. Prior to the payments industry, Rebecca developed marketing, branding, and content for businesses such as Bil-Jac, Benjamin Franklin Plumbing, and Homestead Furniture. She currently works as Director of Marketing for FCTI, Inc.