US bank Citi has warned that it could shed half of its 20,000 tech and ops staff in the next five years due to the rise of robotics and automation. 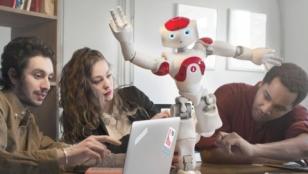 The prediction was made by the president and chief executive of the bank’s institutional clients group, Jamie Forese, who was interviewd by the Financial Times (FT).

The 20,000 operational staff account for more than 40% of the bank’s total employees and are “most fertile for machine processing” according to Forese.

He is not the first to forecast mass job losses as a result of automation. Deutsche Bank boss John Cryan issued a similar warning in 2017, suggesting half of its workforce could be replaced by robots. Meanwhile a 2016 report from the World Economic Forum predicted that  advances in automation will lead to the loss of over 5 million jobs in 15 major developed and emerging economies by 2020.

Forese’s comments though represent a more dramatic forecast of potential job losses than in the past. According to research from the FT, 60,000 jobs were lost to automation at eight of the top ten investment banks between 2007 and 2017.

Forese’s comments were echoed by other banking leaders interviewed by the FT. “There are so many functions today that technology has already replaced and I don’t see why that journey should end any time soon,” said Richard Gnodde, head of Goldman Sachs International.

And Barclays injvestment bank chief Tim Thorsby added that anyone whose job involves “a lot of keyboard-hitting” is “less likely to have a happy future”.